Carrying A Gun? That's Not Freedom

Former Navy SEAL, Dan Barkhuff argues that if you think carrying a gun makes you more free, you're doing it wrong.
Published:November 29, 2022

Gun culture has taken over certain demographics in American life. This is by design, not accident. The ultra-MAGA, far-right aspect of the American political spectrum has embraced it, with sitting Congressmen and women sending out Christmas cards on social media with their children holding assault rifles. That is not an accident. It's sold through fear and fantasy to Americans acculturated to both as the only possible prism through which to view the world. It's all a lie, of course, what we used to call in combat arms a "self-licking ice cream cone." The solution to a society awash in gun violence? More guns, of course.

I own guns. As a veteran with time in combat in three different countries, I've used them for their intended purpose. I'm skilled. I've fired hundreds of thousands of rounds training at under-the-radar shooting schools in out-of-the-way places 99.999% of Americans have never heard of. The real professionals know about them, but not the fantasy LARPERS posting on social media.

Those skills came in handy in Fallujah, Darfur, and eastern Afghanistan. Over there, every morning started the same; every trip outside the wire into the city or countryside started the same, just as every training run in the shoothouse or trip to the range started when we were back in the US: with a press check. If you're unfamiliar, it's when one cracks the chamber open with a small pull on the charging handle to determine if there is a round in the chamber.

Guns, if you know what you're doing and respect their lethal potential, do not increase one's personal freedom. Not one iota. A responsible gun owner has his or her guns locked up at all times in a safe. In taking one out, the first thing one does is check the chamber, ensuring the gun is unloaded. The second you touch that firearm, you are responsible for killing or not killing another human being with it, all day, all night, and forever until you once again safely store it. The muzzle can never be pointed at anything you don't intend to kill, the safety (if your gun has it, not all of them do) has to be on at all times. The weapon can never be left unattended to go to the bathroom, to play a game, to pick up a child after school, to pump your gas. The gun becomes a leash, tethering you at all times to the idea that at any moment, you can and should be ready to kill another American. Whether this is fear or fantasy, you've chosen to make your entire existence for the time you are carrying about that weapon.

That's what a responsible gun owner would do anyway. All too many guns get left on the passenger seat, in the nightstand, in the gas station bathroom, which is a massive part of why firearms kill more children in America than cancer. But even that isn't my point in writing this. My point is the idea that guns make an individual more free is a lie, a massively profitable, politically advantageous lie. Responsible handling of a firearm is one of the most time-consuming, mentally exhausting things one can do. It is not possible to have leisure time, to unwind, to take it easy, with a gun on your hip. The power of being able to, on a moment's notice, kill your fellow citizens, demands complete and total respect at all times. It demands concentration. It demands you view every person you see with that gun on your hip as a potential threat through the paradigm of using lethal force against them.

Every trip outside the wire in Iraq, Afghanistan, or Africa began, for me, with a press check as we rolled through the gates. If you're unfamiliar, it's when one I would crack the chamber open with a small pull on the charging handle to ensure there was a gleam of brass ready to go, ready to kill. In my life, there has been a time and a place for that, but it's not here, in America.

I’d rather be free.

Gun violence in the United States results in tens of thousands of deaths and injuries annually and was the leading cause of death for children 19 and younger in 2020. In 2018, the most recent year for which data are available as of 2021, the Centers for Disease Control and Prevention's (CDC) National Center for Health Statistics reports 38,390 deaths by firearm, of which 24,432 were by suicide. 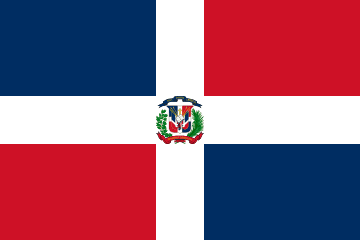