An Outsider's Reminder Of Who We Are

Zelenskyy’s speech was a rare chance for America to reflect on an image of self we haven’t seen since the early days following 9/11.
Credit: CSPAN
Published:December 29, 2022

Sometimes it takes an outsider to remind you of what you’re all about.

The President of Ukraine, Volodymyr Zelenskyy’s speech before a joint session of Congress was primarily about Ukraine, of course. Almost a year into the war, the US now has a Republican party about to take control of the purse strings of government and an influential block of conspiracy-addled MAGAs set to exercise outsized control over its agenda. Zelenskyy’s address was an attempt to keep open the arms spigot that has allowed an undersized democracy to defy expectations by stopping a Russian blitz cold and to begin the hard slog of pushing it back. Zelenskyy thanked us and reminded us that what we do has real results for the rest of the world.

That’s what it was for Ukraine. For America, it was something else entirely.

Zelenskyy’s speech was a rare chance for America to reflect on an image of self we haven’t seen since the early days following 9/11. Back then, we were angry, united, but angry. With the smoke still rising from Ground Zero, the President of the United States threw out the first pitch at the World Series in America’s greatest city. With him was the mayor of New York, at the time one of the most beloved public officials in the country for his competence and leadership during the attacks and in the period following. America watched baseball, and Special Forces in Afghanistan rode horses. The public fell in love with commandos.

Time marched on. A limited operation in Afghanistan became impossible nation-building. A war of choice in Iraq led to 5000 American body bags. The unity cracked as the body bags filled, and Fox News stuck with the plan of flag-waiving jingoism (Freedom Fries?) and other forces in the media started to ask questions, about the non-existent weapons of mass destruction, about Abu Ghraib, about Abu Musab al Zarqawi. The war of choice fought with volunteer soldiers soured in the nation’s mouth.

In the span of a few short years, Americans went from getting their news from imperfect but professional journalists to getting their news from social media. The personalities were quick to seize on this. The commentary became the news. It wasn’t “what happened” today in Iraq; it was “this is what Bill O’Reilly said about what happened” in Iraq. Clips went viral. Hot takes were shared as gospel. Your crazy uncle got handed a digital microphone, and he used it.

Donald Trump, for all the defective flaws in his narcissistic psyche, has a gift for sniffing out weakness. He was never playing the game, he was always playing the other players, and he rode that all the way to the Presidency. That’s how we had America’s Mayor, three sheets to the wind, farting his way back into national prominence with the ludicrous claims that he and a crack team of barely cogent lawyers led by an ex-crackhead Pillow salesman had uncovered what would have been the single greatest, most complex, massive, and audacious conspiracy in American history, all with no evidence of course.

A global pandemic came out of China, and in a little over a year, it killed a million Americans. By this point, America was indulging its worst instincts. Common sense individual and public health measures were politicized beyond rehabilitation. The Facebook horse dewormers held the nation’s elderly hostage, all the while dying by the truckload.

Of course, Zelenskyy’s speech wasn’t about any of that. At least not directly. A cynic might deride it as the flattery of a pauper, but they’d miss the point: American greatness is real, undeniable, and a force for good in the world when we choose to use it such. We’re the nation of the Marshall Plan, NATO, the Apollo program, PEPFAR, and COVID vaccines. Because of us, Qaddafi, Milosevic, Noriega, Hussein, and Bin Laden no longer hold millions in fear. Nations have modeled their governments after the ideals espoused in the Declaration of Independence and the American Constitution, and this is the America Zelenskyy spoke to. This is the America that has immigrants from the entire world lined up for a chance at entry. This is the America that inspires the world, and this is the America the ultra-right wants us to forget to serve the narrow political domestic interests of a backward political minority.

Zelenskyy held a mirror to us at our best. We would do well to remind ourselves of this from time to time. The rest of the world, and America, would be better for it. 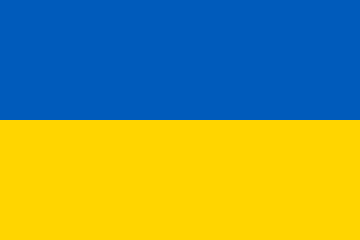